Finding Support and Community Through Instagram: A Conversation with Mackenzie Alleman 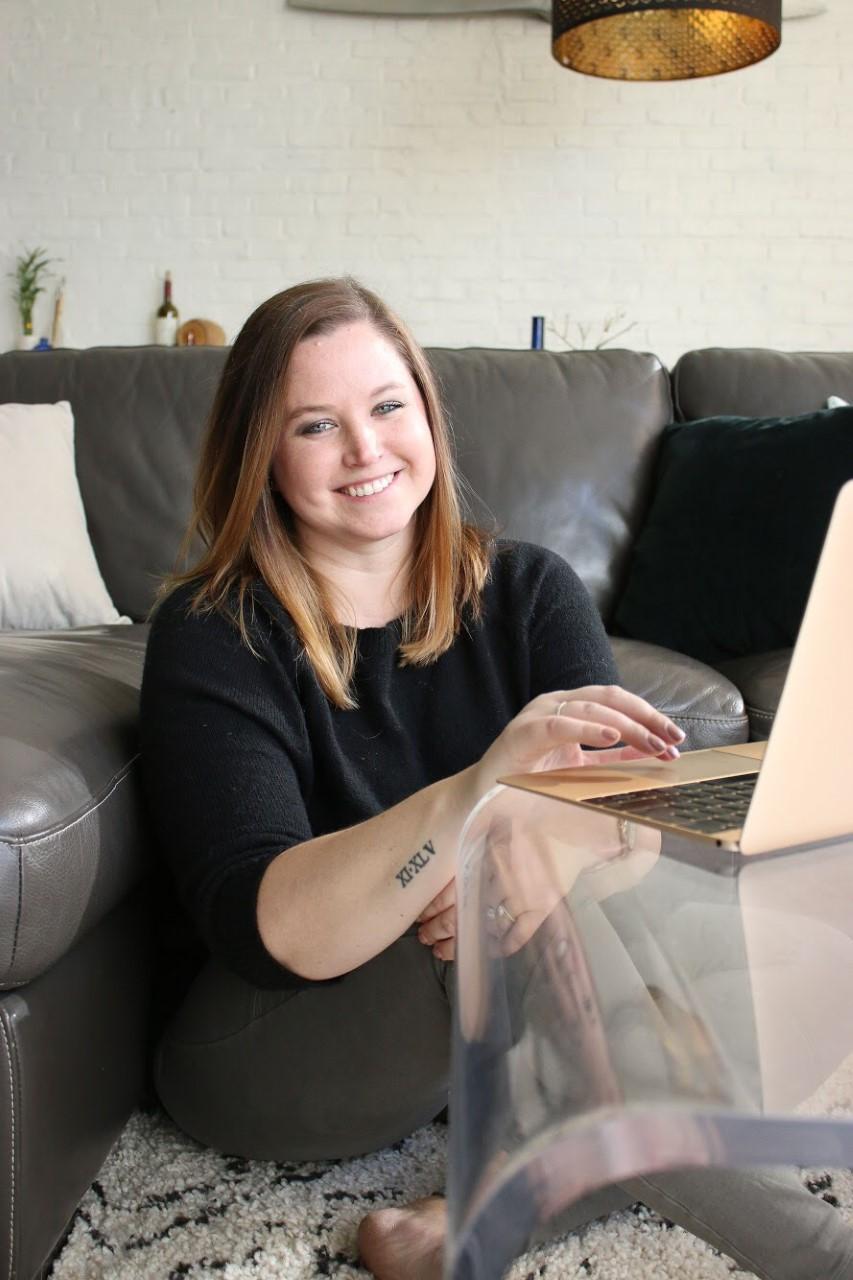 This blog is part of a series featuring interviews with patient advocates. This was written by Mackenzie Alleman, a BRCA mutation carrier, patient advocate, and head of the Philadelphia chapter of The Breasties.

I will never forget the phone call from an oncologist informing me that I tested positive for a BRCA1 mutation. It changed my life forever and left me reeling with so many questions. How would I deal with my heightened cancer risk? Prior to the test, I had decided on preventative surgery. However, I didn’t really know what that would mean for me as a 28 year old. I didn’t know anyone else my age dealing with this, but hoped there had to be someone else like me out there.

I decided on DIEP Flap reconstruction, however I’d only heard of women older than me who had already been diagnosed with cancer choosing this invasive reconstruction route. So I started scouring the internet for support groups. If I was going to go through this, I wanted to find someone, anyone, in my shoes. But I didn’t have much success in my searches.

I took a different approach. This time instead of searching, I put my own personal information out there. I dusted off my blog, ihearitssunnier.com, and took to my Instagram to start sharing what I’d learned. When I started posting about my decision to have a preventative mastectomy and DIEP flap reconstruction, I felt the support of friends, family, and acquaintances. My doctors suggested a few Facebook groups, which were ultimately disappointing. But I continued sharing my own journey online and, to my surprise, it worked.

Complete strangers started reaching out to me. Many were BRCA mutation carriers trying to decide between preventative or surveillance options, and desperately looking for someone similar in age. Others, diagnosed with breast cancer in their 20s and 30s, were looking into DIEP surgery and were trying to find advice or resources.

I had my preventative bilateral mastectomy with DIEP flap reconstruction in October of 2017. In my corner I had a surgery buddy on Instagram, along with a few others who had/were having surgery. As I laid in the hospital bed the next four days, I started sharing some of my most intimate moments, the real and the raw parts of recovery. I’d wake up each morning to new women in my inbox, cheering me on, asking and offering advice. I’d started sharing my personal journey as an attempt to connect, but I wasn’t prepared for what that would really mean for me.

One night during recovery, a friend of mine sent me an Instagram profile: @Paige_Previvor, a young, relatable, 20-something who gave me hope that I wasn’t the only young woman dealing with a BRCA mutation and with preventative surgery. It assured me that sharing with the world was the right move and that we needed to make the conversation louder.

Even better, Paige connected me to the Breasties, and to Leslie Almiron, a fellow DIEP flap sister. Thanks to being involved with the Breasties, even in their very beginning stages, a world of support opened up. Through Instagram hashtags, commenting on posts, and sharing, I suddenly found a community of young women like myself. I also had women find me through the #DIEP hashtags, asking for my advice, because I was further along than they were in the surgery process.

I spoke with Breastie’s founder Bri Majsiak via video chat and let her know I’d be in NYC for the AnaOno fashion show (another clutch find via the Instagram world). I attended the Galentine’s event the Breasties were hosting in February of 2018. Just a few months later, in August, I started the Philadelphia chapter of the Breasties.

Now two years later, not only am I not alone, but I’m part of an entire community. I have connected with other women going through different stages of the DIEP reconstruction process. I’ve met women who have started ovarian screenings and surveillance measures. I never would have connected with them if it weren’t for Instagram and the willingness to share my story. I’ve moved here to Philadelphia and have the Basser Center at my fingertips for both my doctors specializing in hereditary cancer, and for information and events to continue these conversations.

I understand that going through the process of preventative surgery might seem like a massive undertaking, and information and support might not seem readily available. But now we have companies and organizations like the Breasties, AnaOno, and Basser’s Young Leadership Counsel that are here, readily available to provide young women with support. I’m grateful to be part of this continuing conversation and I will keep sharing my story – including my ovarian cancer surveillance journey as it begins – because in sharing we provide much needed support and community.

Photo by Anna Laura Sommer from the Shine Studio Co.

Opinions of Basser blog contributors are their own personal opinions and do not necessarily represent those of the Basser Center.