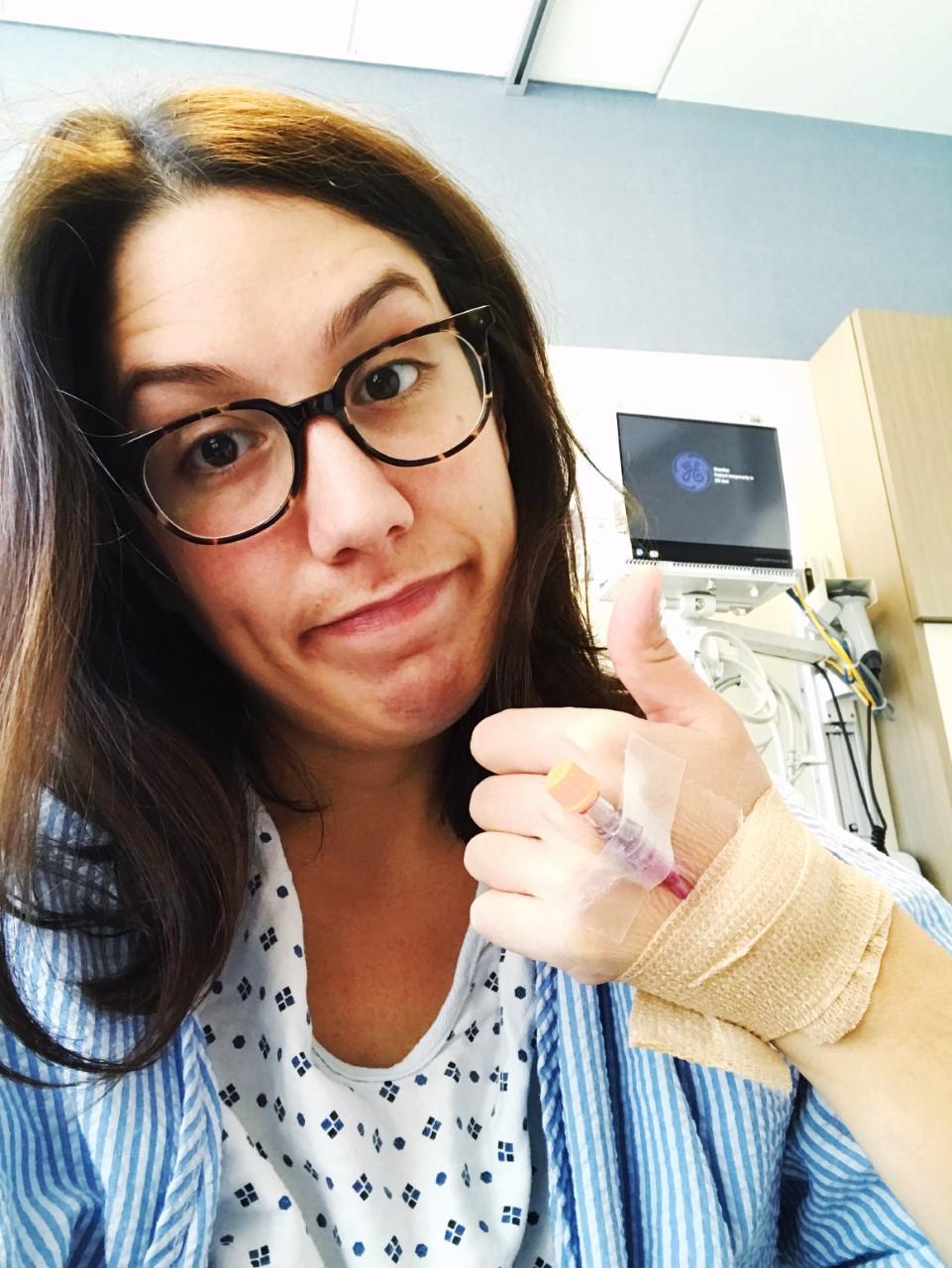 This is part of an ongoing blog series featuring informational essays and personal stories from members of the Basser Young Leadership Council (YLC). This essay was written by Suzanne Zuppello, a freelance writer in New York City and co-chair of the YLC.

At 27-years old, it’s likely that you don’t have it all figured out — or at least I didn’t. I started a new job, uncertain I actually wanted to make a career out of it; I became involved with a man I thought I loved but knew there was no future for us together. I was testing the waters and living in the here and now — not planning for what my life might look like in the next year, or five, or ten. While figuring out these new relationships, I tested positive for a BRCA1 genetic mutation at a routine doctor’s appointment. At the appointment, I was asked if I’d like to take this simple blood test because of my family history with breast and ovarian cancers. I didn’t receive any counseling on how the results could shape my future and I didn’t think it strange to go in blind — I was living in the moment, after all.

So when my blood test showed a mutation in the BRCA1 gene, I was not prepared for the life-altering decisions I’d have to make in the coming months. Immediately, I was referred to a breast surgeon and I quickly decided a mastectomy was the right decision for me. My life was quickly overwhelmed by breasts and implants and nipples and fat grafting — but rarely did I discuss the other, and perhaps more dangerous cancer I was at risk for. Having now spent time with dozens of women affected by a BRCA mutation, this feels all too common. Breasts are more tangible and reducing breast cancer risk seems more obviously actionable — it’s likely why October is washed in Pepto-pink but September’s turquoise sheen doesn’t always see the light.

After my mastectomy, which took place seven months after I tested positive for a BRCA1 mutation, I started surveillance for ovarian cancer. My first two pelvic ultrasounds, six months apart, were abnormal and I had to have follow-up scans after each. Though everything was ultimately fine, it forced me to start thinking about children – and about how I was nowhere near ready to have any.

Up to that point, I never gave much thought to when and if I would have children, because it wasn’t something I had needed to think about. However, sitting in the doctor’s office, draped in a sheet, I realized that even if future-me decided not to have children, I didn’t want that option taken from me because of cancer. My doctor and I decided that fertility preservation — freezing my eggs — would be the best pregnancy-insurance policy.

I was single, 29-years old, and had just jumped headfirst into a brand-new career. And now I was expected to make a decision about how my children would be conceived – in a lab, on a petri-dish, and later inserted into my uterus – a decision normally discussed between partners. My doctors at Weill Cornell’s Center for Reproductive Medicine thoughtfully explained the process of fertility preservation — daily blood draws and injections, frequent ultrasounds, no exercise over a 10 to 14 day period, genetic testing only after I chose someone to fertilize my eggs. But the toll this would take on my mind and body didn’t become obvious until I began the process.

Every day, I would see the same 25 women in the waiting room, all of us nervously waiting for our blood to be drawn and analyzed before most of us even had our coffee — we needed to complete this step before eight in the morning each day of our cycle. Later in the day, I would receive calls with instructions for that evening; I measured doses for each shot and injected them while standing in my childhood bathroom.

By day three, I was exhausted. By day five, I was crying happy and devastated tears. By day eight, my abdomen was swollen and my pants left marks along my waist. Finally, I reached the end — day 10 — and was ready for my extraction. Having already been through three breast surgeries, a 15-minute egg retrieval under general anesthesia felt easy. Mature eggs were separated from the bunch and sent off for freezing; twelve of my eggs made it to the next step. But that didn’t feel like enough, so I allowed myself to recover before I began the process again eight months later.

My second cycle was more difficult; the hormones affected my memory — I got lost driving home on the same roads I learned to drive and my skin was rough with cystic pimples. “Do I want children this badly,” I recall thinking toward the end of the cycle. “This is the last time I will do this,” I said to myself after waking up from my extraction procedure, in pain because some of my follicles — the little pockets inside your ovaries where eggs are feeling the effects of the rush of hormones — ruptured from over-stimulation. I learned this can happen when hormone doses are too high or the retrieval is too late. This set back meant only seven mature eggs made it to the freezer.

Insurance for the Future

It’s now been three years since that last retrieval and I’m no closer to being ready for a baby. But I am closer to the age — 35 — when my doctor wants me to seriously consider removing my ovaries. Despite all the money — nearly $20,000 of total out-of-pocket expenses — time and energy I put into this process, I daydream of natural conception. I’m not as worried as I once was about the impact a BRCA mutation can have, because the options to prevent and treat BRCA-associated cancers are already greater than what was available when I was born.

While removing my breasts was, in my mind, the only option, my feelings toward IVF and an oophorectomy (removing one’s ovaries) before age 40 leaves me queasy. Ovaries can’t be replaced with an implant, and the side effects of the surgery, like early onset menopause, are far more daunting than the sporadic nerve pain that shoots through my chest. When the time comes, I don’t know how I’ll approach conception or removing my ovaries, but I’m grateful I invested my time and money into giving myself a choice so many other women have not been able to make for themselves.

Learning you have a BRCA-mutation, especially at a young age, can make your life feel like it’s suddenly moving at warp speed, leaving you no time to catch up. Our options to prevent or detect cancer are limited and our decisions are far more complicated than our peers without genetic mutations. But that doesn’t mean we can’t — and shouldn’t — live our lives the way we’ve dreamed.

Opinions of the Basser Young Leadership Council members are their own personal opinions and do not necessarily represent those of the Basser Center.

Blog Post
Talking With Your Family About BRCA Mutations