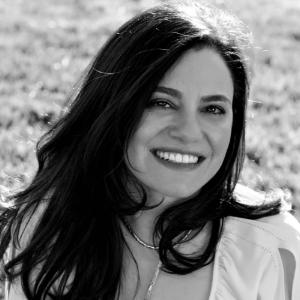 Jessica Queller is a member of the Basser Center Advisory Board. She is the author of the acclaimed memoir Pretty is What Changes (Random House, 2008), which chronicles her journey of inheriting a BRCA1 mutation from her mother. Jessica has written Op-Ed pieces on the subject for both the New York Times and the Wall Street Journal. She has delivered speeches throughout the country, including keynote addresses at the annual FORCE conference in Florida, and at the Bright Pink gala in Chicago.

She has spoken about BRCA extensively on television and radio, including Good Morning America, Nightline, Tavis Smiley, and NPR's Morning Edition. She is the recipient of the 2008 Hero Award from the Val Skinner Foundation and the 2007 Lynne Cohen Spirit Award, which she received along with her sister, Danielle Queller Lifton. Jessica is also a television writer/producer, and has written for shows that include Felicity, Gilmore Girls, Gossip Girl, Vegas, and most recently, The Carrie Diaries. She lives in Los Angeles with her daughter Sophie.